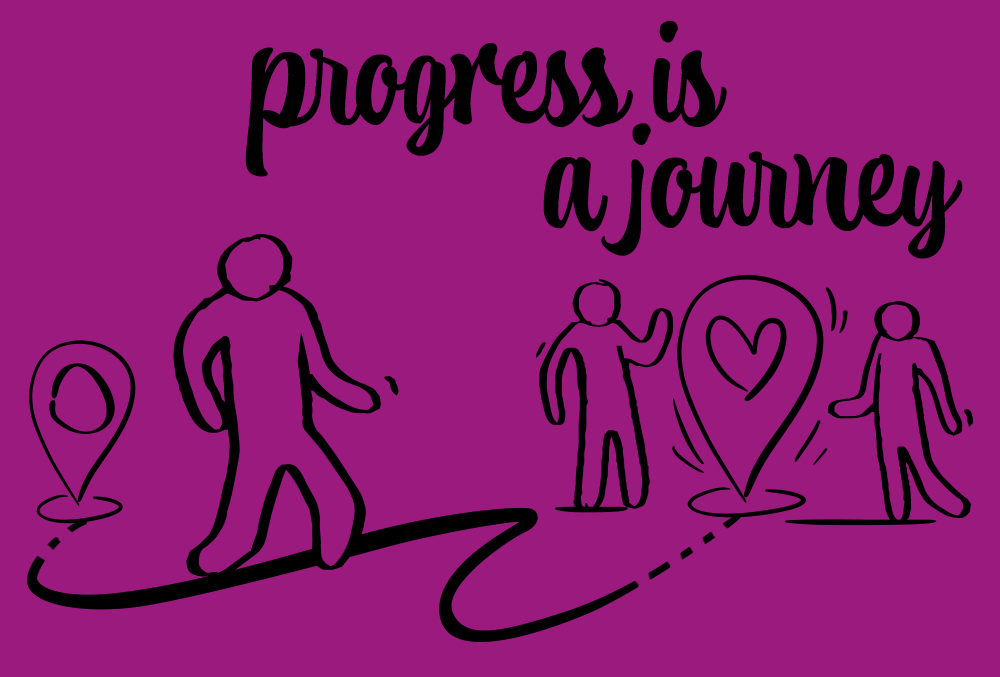 Whilst Rachel Carson is recognized as a conservation hero, most people don’t know that Carson was also in an intimate relationship with a woman, Dorothy Freeman. Carson lived during a time when homosexuality was considered an illegal and un-American perversion, and a mental illness. Extremely devoted to the environmental cause, Carson wanted to avoid scandal and additional defamation to her revolutionary book, Silent Spring. Because of Silent Spring and Carson’s advocacy for the regulation of chemicals, DDT and other harmful pesticides were banned. The environment become one of the topic political issues of the time, sparking the birth of the modern-day environmental movement. Carson challenged the idea that human society can grow and operate, irrespective of nature; which is a core ideology within Sustainability. Rachel Carson’s story is an important one to tell. Within sustainability, there are not many openly gay environmental heroes. Carson’s profound and important commentary on chemical usage within agricultural practice enabled communities across the globe to embrace her message of coexistence with nature and technological restraint. Her story is important due to her ‘closeted’ status due to the prejudice LGBT+ people faced during her time, it was not safe for her to be out, but we can tell her story. By celebrating Rachel Carson as a member of the LGBT+ community within the conservation community, it highlights that the sustainability and conversation movement is stronger because of this diversity.

Aletta Brady (they/them) is a queer writer and founder of Our Climate Voices. Their work, in partnership with their team at Our Climate Voices, highlights the importance of youth involvement in climate science and climate justice from a first-person narrative. Their mission is to humanise the climate disaster through visionary storytelling, encouraging dialogue that amplifies the voices of those most affected by climate change to the forefront of the conversation. Their work highlights ways to support the ‘community-based climate solution’ through improve visibility of the work that frontline and vulnerable communities are doing to battle the effects of climate change. Through storytelling, Brady and their team utilise this vital tool in the fight for climate justice by connecting it to their audience on an emotional level as stories are more notable than facts and figures. Climate change affects us all and OCV highlight this. It is urgent to address the ways each community is impacted by climate change and provide insight on how to envision a more ‘sustainable and equitable’ world as effective climate justice can buttress both human lives and environmental health.

OCV has produced a listening series called ‘In Conversation: Queer and Trans Liberation’ which brought together five queer and trans climate justice organisers to discuss the struggles for queer and trans liberation in the fight for climate justice. They discuss how queer and trans people, particularly those of colour, are highly vulnerable to the impacts of climate change and how personal experiences with discrimination have impacted their lives. Systematic violence and oppression towards those who do not conform to gender norms is also discussed, as these communities are left with little to no support throughout the climate crisis, leaving them to struggle to adapt to the changing environment. OCV provide a perspective that highlights how imperative it is to follow the leadership of those on the frontline of climate change and provide visions for a movement that centres queer and trans lives in the solutions to the climate crisis.

Drag Queens always provide irreverence to the world stage and Pattie Gonia is no exception. As an environmentalist, Pattie Gonia brings this to their drag to make a bold statement about respecting the planet. They make their drag costumes out of recycled waste, and state that their love of drag and the outdoors has always been ‘one in the same’. Drag has its roots in social justice and Pattie Gonia honours this, whilst fighting for environmental justice. They also wish to dismantle the heteronormativity surrounding outdoor activities like hiking and mountain climbing. Pattie Gonia considers the urgency of the climate crisis we are facing and promotes a better connection with nature and environmental action. They wish to encourage others to heighten this connection so we as a species are better equipped to fight against the climate crisis and advocate for change. To overcome the hyper- and sometimes toxic masculinity surrounding the outdoors, as of 2021, Pattie Gonia unveiled 14 fully funded scholarships for LGBTQIA+ youth to attend a 14-day backpacking course exploring the wilderness of Utah, USA. They believe that is important that the elimination of barriers towards marginalised people enjoying the outdoors and understanding climate change. They use their platform to challenge the conventional representations of what a climate activist looks like, brining members of the LGBTQ+ community and allies together for outdoor gatherings, creating safe and inclusive communities for people who love nature and are committed to protecting it.

Developing this intersectionality within climate justice and sustainability is incredibly important. Improving and celebrating diversity in the climate movement must be continuously highlighted and amplifying creative climate change solutions is massively beneficial for community involvement.

A scientist and expert ecology, one of Colombia’s foremost environmental experts and being a transgender woman, Brigitte Baptiste, challenges scientific and social conventions a like. She has written 15 books and won international prizes for her work in the field. Ean University, Colombia, have now appointed Baptiste as chancellor as a part of their push for greater sustainability. She was also one of the scientists who founded the Humboldt Institute, the leading biodiversity research centre in Colombia where she was director for 8 years. In a country where destruction from deforestation, land grabs and illegal farming are apparent, her expertise in ecology is vastly important. However, as a transgender woman and environmentalist, she faces threats in Colombia. Between 2019 and 2020 in Colombia, 448 LGBT people suffered acts of violence including murder and police brutality. Before her transition, her work and achievements were still apparent with a master’s degree, doctorate, cop-founding and directing a non-profit and served on several academic boards. However, due to her transition, she feels as if maybe the issue of gender allows for questions of legitimacy surrounding her work. She recognises that other trans women may not have the same experience as her as she already had credibility within the field prior to her transition. However, she is hopeful that with more acceptance reform, others will experience the same success as her.

As a highly charismatic speaker and LGBTQ+ activity, Baptiste raises awareness that cultural diversity is part of nature’s diversity. She challenges the social norms surrounding heteronormativity and heterosexuality within scientific fields whilst highlighting the relationship between nature and the queer to challenge social norms. Her TedTalk called ‘Northing More Queer than Nature’ is inspiring and promotes this ideology that nature is as diverse as people and culture, through contributing to socio-ecosystems, to highlight an integrated approach to nature and society.

Important to incorporate the LGBT+ community in the UN SDGs as all over the world, LGBT communities face lower income, poor health, and less access to education. The current inclusion is considered ‘unacceptable’ by Stonewall – who are calling for governments and development organisations worldwide to keep their promises and to ensure that the challenges facing LGBT people are accounted for in their responses to the SDGs. Stonewall have produced a short guide to demonstrate some of the ways LGBT equality can be achieved, whilst highlighting the challenges faced by LGBT+ communities across the globe. Stonewall have developed a guide for the UN Sustainable Development Goals and LGBT inclusion to highlight the struggles faced by members of the LGBTQ+ community in terms of UN SDGs but also highlight the actions that could resolve these struggles for better inclusivity.